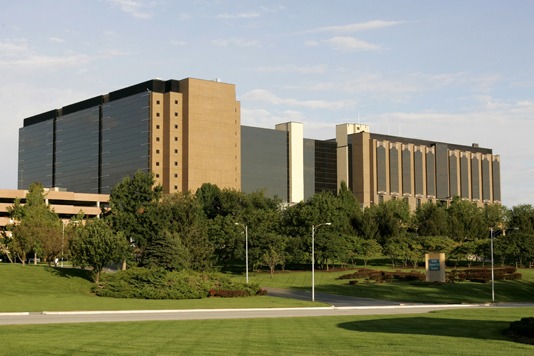 Like many healthcare facilities, CoxHealth was fighting an uphill battle with a manual process for patient identification, insurance information and signature capture. It was increasingly labor intensive, error prone, untimely and expensive. What they needed was a system that would capture this critical patient data efficiently and accurately, and then distribute it to the right department at the right time in the right format.

They chose to implement PatientWorks® a software solutions that captures critical information to supplement the data from their HIS system. PatientWorks allows Admissions Services to capture patient identification, insurance cards and electronic signature. It creates barcoded forms for patient labels and armbands, merges them with patient data and ultimately routes the merged forms to network printers, imaging systems or any other location in the organization where they are needed. PatientWorks interfaced with their existing Siemens Invision, Cerner Millennium and EMC Documentum imaging systems. In addition, PatientWorks was implemented in the Print Shop to manage and print all hospital approved forms. CoxHealth not only found a system that provided all the features they needed, but substantially lowered processing and storage costs along with raising employee and patient satisfaction upon implementation. “The system created efficiencies to allow staff to spend more time with the patients,” commented Mertie Jones, Director of Admissions Services.

Beginning about six years ago, problems with patient forms escalated throughout the Health Information Management (HIM), Billing, Admissions/Registration and Labor and Delivery departments.

The Information Technology (IT), HIM and Admissions departments formed a committee to identify their primary patient information needs and solve the processing problems. Their goals were to:

Initially, different vendors for the labels were sought with no luck. Several scenarios to alter card processing were considered, but ultimately equated with “moving chairs on the Titanic” and not implemented.

The IT project team headed by Linda Kirk, Project Manager, was tasked to identify systems needs, build or purchase a system and then implement it. The following key system processing requirements were identified:

Several project team members attended the National Association of Healthcare Access Management (NAHAM) trade show in 2005 to investigate the market. At the same time, the team researched building a system in-house, but decided against it after a study of cost effectiveness proved it unwise. The team investigated several vendors. Only PatientWorks offered all the features the team identified as being critical to their needs.

PatientWorks sent Norman Snidow, Regional Sales Executive to CoxHealth, for a product demonstration. The project team verified that PatientWorks would meet all of their requirements and they were impressed with the software’s ability to adapt to their existing workflow processes, potential cost savings and functionality.

Implementation of PatientWorks took longer than originally planned, but the results were well worth the effort. Challenges centered on several key areas, such as capturing complete data in order to build the form utilization matrix, the “Big Bang” approach needed for full implementation, some scope creep and the inclusion of a new product release along the way. “PatientWorks handled all the changes of direction very well,” said Carri Hummer, Manager of Admissions. Instead of bringing up modules in a piecemeal way, CoxHealth chose to bring South Admissions Services up on all the modules of PatientWorks in a single step.

The biggest challenge at go-live involved identifying all applicable printers. “With an organization as large as ours, it isn’t surprising there were some locations and printers we did not catch in our initial analysis. PatientWorks resolved these issues very quickly,” noted Barbara Gugel, IT Business Analyst. Some changes and adjustments to form logic were required after go-live. CoxHealth and PatientWorks personnel worked together to implement these changes unobtrusively and quickly.

Although implementation took longer than planned, the relationship between vendor and client could not be better. Matt Leary, who headed up the implementation effort for PatientWorks, was credited with doing whatever it took to get the job done, working extra hours and adding extra site visits whenever needed without going over the original budget.

Now with PatientWorks live, CoxHealth is looking forward to greater employee and patient satisfaction, lower costs, greater efficiency in the HIM, admitting and nursing departments. Having forms in PatientWorks dramatically improved readability of the documents and eliminated the need for pre-printed forms. “We have cabinet space we never knew we had before,” Carri Hummer commented.

Not only has CoxHealth achieved greater patient satisfaction and identification with PatientWorks, but the integration with their imaging system, EMC’s Documentum, facilitates the electronic routing of facesheets, consents, authorizations, patient directories, driver’s licenses and insurance cards without human intervention. Linda Kirk is quoted as saying, “It has improved customer and employee satisfaction while reducing expenses.”

The Importance of Partnership

With the success of PatientWorks at CoxHealth, Linda Kirk noted there were critical aspects to the implementation and vendor relationship that made the trials and tribulations all worth while – honesty and responsiveness. “At times PatientWorks told us that certain approaches to issues would not be in our best interest and other times PatientWorks reworked their software to accommodate our needs.” She added, “I think we are just beginning to see the conversion of forms into PatientWorks.” And Barbara Gugel commented, “As we get more and more clinical forms into PatientWorks, the HIM department will benefit greatly.”